The most significant land use is subsistence agriculture and dispersed settlements, plantations and agriculture are found throughout the municipality. The major draw card of Hlabisa is the tourism industry centred on the adjacent game reserve

Hlabisa is a settlement in Umkhanyakude District Municipality in the KwaZulu-Natal province of South Africa. Village between the Hluhluwe and Umfolozi game reserves, some 40 km north-west of Mtubatuba. Named after the Hlabisa tribe of Zulus.

Hlabisa is still a developing town and offers lots of potential to both growing businesses and advanced businesses. It’s a good place to explore with a fact that Hlabisa is located only a few kilometres north of a game reserve (Hluhluwe Umfolozi game reserve)

Hlabisa Town is almost centrally situated in Wards 1 and 2 at the intersection of the P235-2 (R618) and acts as linkage to the following major areas it is 50km from Nongoma the capital of the Zulu King and is significant for Umkhosi Womhlanga ( Reed Dance) Tradition, it is also 74km from St Lucia, one of the world’s biggest ecosystems and is a tourism destination and is 45km from N2 (which links up with Swaziland and Gauteng) and is 275km from Durban, while it is also 5km from the Hluhluwe-Imfolozi Game Park.

The real value of Gross Domestic Profit has increased substantially since 2001, indicating that there is more money available in the area. This increased expenditure is very positive and would be benefiting the retail and services sector very strongly.

It is expected that longer term economic benefits will be experienced in the future as improved The retail industry and services sector is also seeing a great increase due to the infrastructure being injected in to Hlabisa Town. 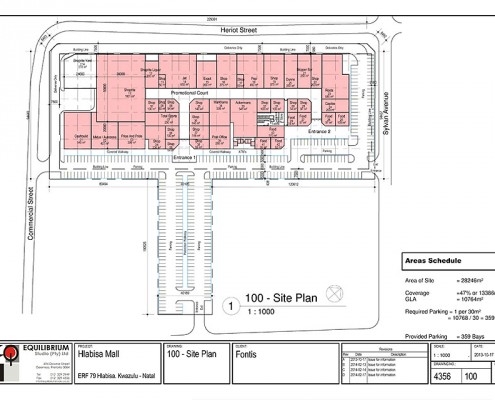